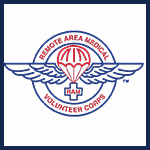 About the clinic site: Pahrump, Nevada, located about an hour west of Las Vegas on the Nevada-California border, is in the heart of the desert.  With a population of 36,441 people, Pahrump’s median household income of $45,480 is only 75% of the median for the country.  Nearly 17% of people in Pahrump are living in poverty and close to 16% of the population are without health insurance.